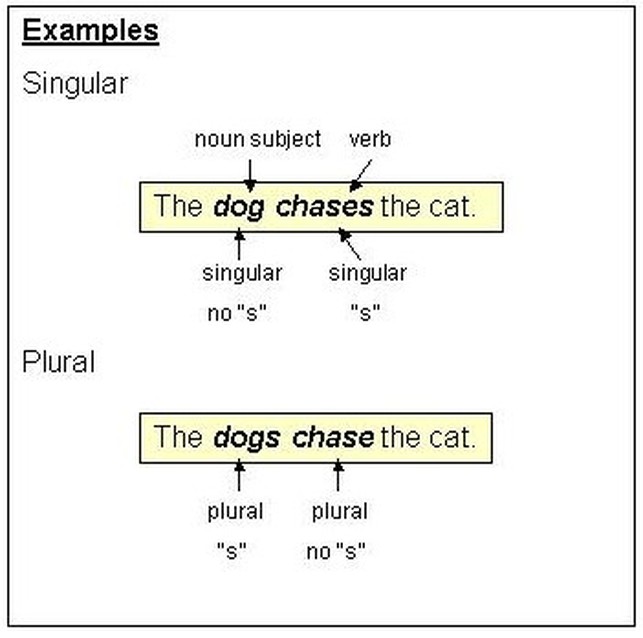 These agreement rules do not apply to verbs used in the simple past tense without any helping verbs.

The agreement rules do, however, apply to the following helping verbs when they are used with a main verb: is-are, was-were, has-have, does-do 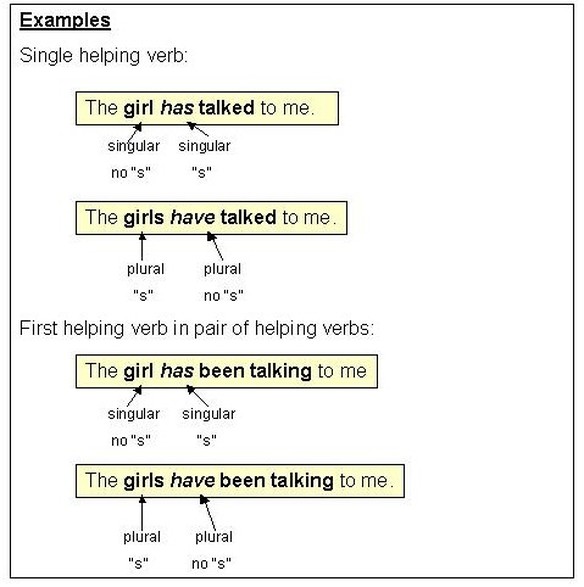 The agreement rules do not apply to has-have when used as the SECOND helping verb in a pair. 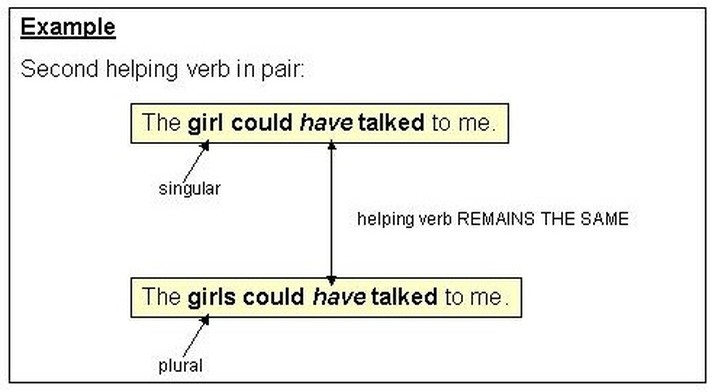 They do NOT apply to any other helping verbs, such as can, could, shall, should, may, might, will, would, must. 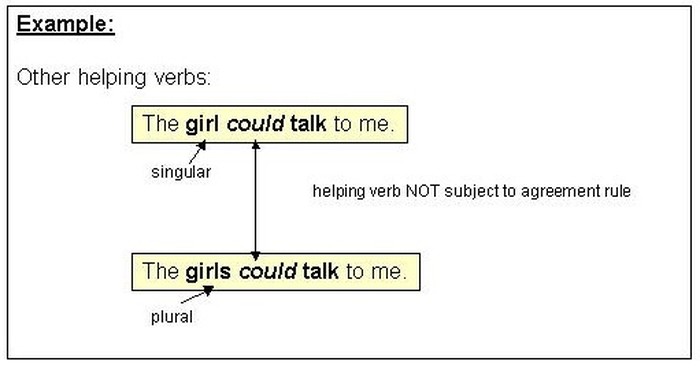 The subject-verb agreement rules apply to all personal pronouns except I and you, which, although SINGULAR, require PLURAL forms of verbs 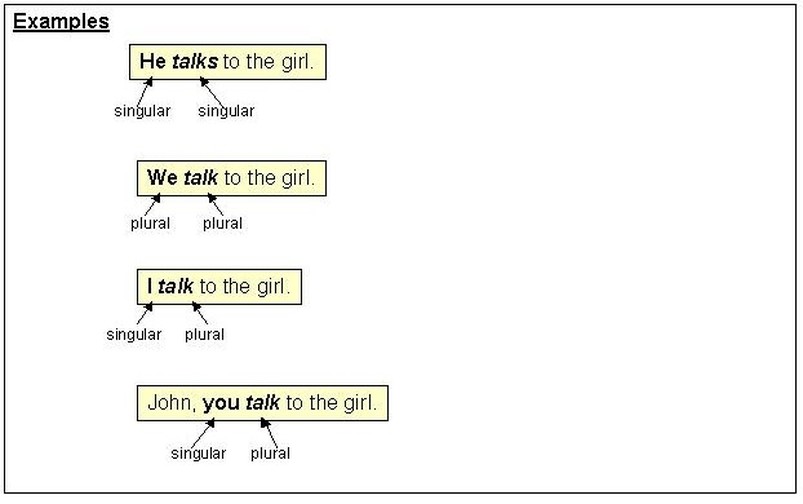 Compound nouns can function as a “compound subject.”  In some instances, a compound subject poses special problems for the subject-verb agreement rule (+s, -s)

However, instead of using two sentences (as above), we may choose to give the above information in one sentence.

This sentence makes use of a compound subject (two subject nouns joined by and), illustrating a new rule about subject-verb agreement.

Or and nor as joiners work somewhat differently from and.  While the word and seems to ADD things together, or and nor do not.  They suggest a CHOICE.

If the individual parts of the compound subject are joined by and, always use a plural verb.

2.      If the individual parts of the compound subject are joined by or or nor, use the verb form (singular or plural) which will agree with the subject closer to the verb. 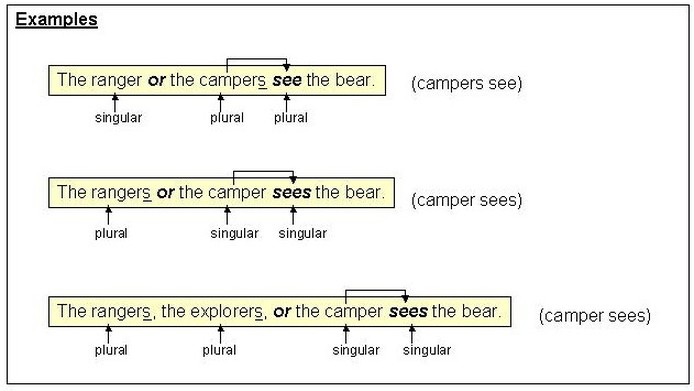